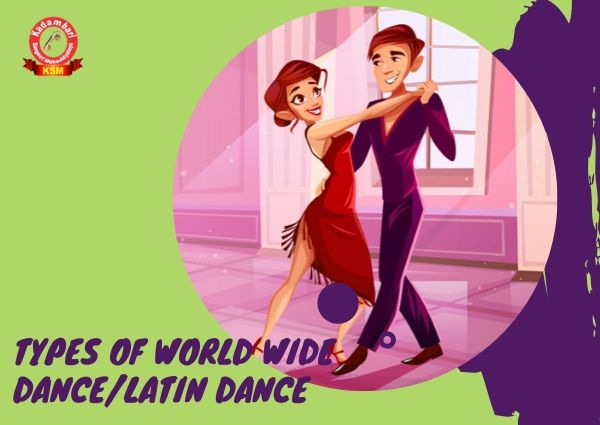 In the following article we will discuss about “ types of worldwide dances/ Latin dances “. The category of Latin dances in the international dancesport competitions consists of the cha-cha-cha, rumba, samba, paso doble, and also the jive of United States origin. Social Latin dances (Street Latin) include salsa, mambo, merengue, rumba, bachata, bomba and plena.

This Latin dance is nowadays one among the most popular dances in Latin America, North America, Europe and Australia. It’s very sensual form, energetic movement as well as innovative choreography that were influenced by Changuyi, Mambo as well as Rumba, which made it quite popular all around the world. For these dance classes in Delhi are doing a great work.

This renowned Spanish dance originated from the region of Andalusia, and it gained its name solely in eighteenth century. Its charming, magical, passionate as well as energetic fusion of singing (also called cante), guitar playing (which is called toque), dance and hand claps (or the palms) made it renowned in entire world and became one of the accepted heritages of entire humanity.

The country dance style is a social dance activity that’s closely related to American country and its Western traditions. It’s made not from a single dance however encompasses several forms as well as styles of dance that can be performed to country-western music. No matter the sort of music style or dance type, Country dance gatherings employ strong dance floor etiquette as well as ability to perform multiple dances styles on a flooring at the single time.

Folk dances represent musical, cultural heritage, reflections of everyday life or ethnic history of individuals who live in a particular region or country. Popular all around the world in many unique variations and styles, folk dances (also referred to as traditional or ethnic dances) are typically performed at dance gatherings with the accompaniment of traditional music of the region. Majority of folk dances aren’t regulated, and they slowly morph during the passage of time.

Belly dance is one among the most famous oriental folk dances in the world. It’s an expressive type of dance that originated from Egypt, and it even emphasizes on the complicated/complex movement of the torso and whole body utilizing sudden percussive movements, unstopping fluid body motions and presence of small and fast shimmies, shivers and vibrations of the hips or the ribcage. Belly dance is considered very sensual, emotional, charming as well as captivating.There are many more dance types which belong to the worldwide dances / Latin dances category.